"The hydrogen used as fuel is not primary energy, but has to be produced from primary energy in the same way as electricity is generated. Energy is required for its production. This is partially released again during the chemical reaction in a hydrogen combustion engine or in the fuel cell. Hydrogen contains gas due to its low density In terms of mass, more energy per unit weight than any other chemical fuel. However, the energy density in terms of volume is very low. Therefore, hydrogen as a fuel has to be either strongly compressed (up to about 700 bar) or liquefied (−253 ° C). Both of these involve additional energy input. Furthermore, the LOHC technology can bind the hydrogen using separate processes, which means that the two processes mentioned above are superfluous, but energy is also required for the binding.

The exhaust gases from a fuel cell consist of pure water vapor. "
(Wikipedia)

Interview with Mr. Schneider, at the IME conference 21
Theme "Hydrogen and Sustainability" 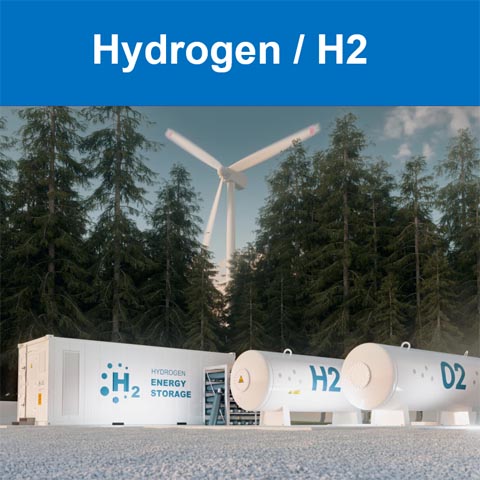